The Capital Region Today Show Theme: What a Day by Linda Sheldon of Sundial Express 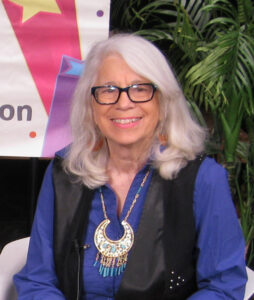 Going into  our 23rd Year of giving voice to Capital Region communities!

As of 2021, the show reaches over 400,000 households throughout the Capital Region on Spectrum Cable and FIOS as well as many more on the YouTube.  See below:

At this time, we will not be live streaming our show but all shows will appear on our YOUTUBE CHANNEL “CAPITAL REGION TODAY SHOW OFFICIAL”.  Shows are archived there as well  We are currently filming on Wednesdays at 11 am in Proctors GE Theatre following all CDC safety guideline for crew and guests.

We are now known as the

Show Content: The show usually includes up to six segments with a variety of guests interviewed each week. Regular guests include Representatives from animal groups; Faculty from the various area institutions of higher learning discussing health and community issues; Representatives from City, County and State agencies; actors and directors from area theatrical groups or musical venues; Tax Specialists from the Internal Revenue Service (during tax season); Representatives from libraries; area museums, local attractions  and many of the area’s non-profit organizations. We also try to highlight local artists and musicians performing whenever possible.

About the Host: Ann Parillo is a retired NYS registered pharmacist. She also served as Chair of the City of Schenectady Cable Commission for 6 years until 2010. She currently holds position  with The Electric City Arts and Entertainment District Board as Board Secretary. Ann recently resigned as the Executive Director of Singles Outreach Services (a voluntary position) and now serves as a Board Advisor.  She has performed with various theater groups and hosted the “Single’s Talk” TV show for approximately six years prior to hosting Schenectady Capital Region Today.  Over the years, she has been named The Schenectady Business & Professional Women’s Club Woman of the Year, Schenectady Haven’s Movers and Shakers award, Schenectady School Districts “Golden Apple”,  YWCA’s Women of Achievement award, Proctors Volunteer of the Year Award and in 2017 was given the highest honor that the City of Schenectady can give “A Patroon Honor”.  More recently she was honored by the County of Schenectady and New York State as “Schenectady County’s 2019 Older Citizen of the Year” for her volunteerism.

The Volunteer Crew: The show is proud to have a volunteer crew that has been with the show since 1998 . Although the crew changes, all have been dedicated to making this show an exceptional one. In alphabetical order: Marie Baluch (Reception), Barbara Baxter (camera), Malcolm Kogut, Associate Producer (camera, sound and all around crew), Raymond Ma (On Screen Credits), Mary Lou Samaha (reception table/ guest’s promotional material) and Janice Walz, Technical Director. New to our team is Scott Ziegler on camera. Garret McGary helps us with our appearance on the Hudson Mohawk Magazine on WOOC-FM; WOOA-FM (Albany); WCAA-FM (Albany) aned WOOS (Schenectady. Some of our segments can be heard on these stations. )Without these dedicated people who volunteer each week, the show would not be on the air and providing you with interviews and local information. Also appearing in the photo are staff of Open Stage Media and an additional guest, Bill Mielke.

Theme Music: “What a Day” by Linda Sheldon of Sundial Express.

To receive our weekly announcements & guest list by e-mail:

Behind the Scenes Part I

Behind the Scenes Part II